With the onset of monsoon and a million nostalgic memories of bright umbrellas and paper boats in puddles, there have also arrived mosquito-borne diseases, which are quick to thrive in our forested campus. To protect yourself and people around you from these diseases, here are a few quick things to be aware of.

The most commonly spotted vector borne diseases in the campus are dengue and chikungunya and they are carried by species Aedes Aegypti and Aedes Albopictus. They breed in places where fresh water stagnates, including paper/plastic containers and drainage hole lids following a rain. They are mainly daytime feeders and their peak biting times include early in the morning and before dusk.

Symptoms of these diseases always include fever associated with body pains. Students are asked to prudently report all fever cases to the Institute Hospital, since paracetamol and adequate hydration is mandatory during early stages of the disease. Prompt action must be taken to prevent the disease from turning critical, as the prodromal period is quite short.

To protect one against these diseases, a few measures need to be observed:

However, the best preventive measure, quoting Chief Medical Officer, Dr. Mahalakshmi M. Ravi, is collective action by all the residents of the campus. It is important to report to  authorities, any potential mosquito breeding grounds that they are aware of and also take initiatives to clear them up, if possible. She also advocates the conduction of monthly cleaning drives, lead by the student representatives from each hostel, to clean their surroundings of such probable zones and push awareness further. 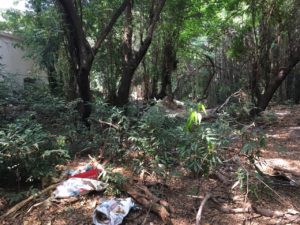 As a part of the awareness campaign by the institute and the initiative by the Tamil Nadu government against mosquito-borne diseases, sessions were held for student representatives to educate them about the prevalence of these diseases and preventive measures to tackle their proliferation. In addition to this, a team lead by the Institute Hospital and Tamil Nadu Ministry of Health has also visited the campus during September for the inspection of residential zones and those identified as potential breeding grounds were communicated to students during these sessions. The blood samples of campus residents taken for the several other diagnosis are also being tested regularly for the presence of viruses carried by mosquitoes.

The health and well-being of the campus and its residents are of utmost importance to each individual on the campus. All control measures which have been proven effective in areas prone to vector-borne diseases are always community driven. Let us all strive to create an educated and responsive community in the institute to promote better health and hygiene.