All of us love a good binge watching session of movies that are so good, they change the way we look at the world. Without further ado, here are a selection of movies which are definitely worth your precious free time this summer! Grab your popcorn and read on. An Italian tragicomedy about a warm-hearted, cheerful man and his efforts to protect his little son’s innocence while surrounded by cruelty and misery in a Nazi concentration camp. The movie makes you both laugh and cry, and, while set amidst the horrors of the Holocaust, is sensitive and uplifting. The fact that the Holocaust happened is a reminder to us all of the worst that human beings can be, and Life is Beautiful acknowledges that side of human nature but also presents the potential humans have for strength and courage motivated by love.

The version I watched not only had subtitles but had been dubbed into English (adaptation by Steve Kramer). Surprisingly, this didn’t seem to spoil the experience.

The Man from Earth (2007, written by Jerome Bixby, directed by Richard Schenkman) What would happen if one person was hypothetically able to survive for thousands of years and watch the rise and fall of civilisations? The Cro-Magnons are supposed to have had the same intelligence and anatomy as modern humans, the only difference being that we have learned more about our world by building on the knowledge of those who came before us. If one of them were to have lived on to the present day, his knowledge would evolve with the rest of the race: what kind of thoughts would such a person have on life and the human race, and what levels of understanding and compassion would he have evolved? What would time mean to him?

The Man from Earth explores these questions, in a fascinating mental adventure. Practically the entire movie is set in and around the living room of a professor who is moving away and is visited by a bunch of colleagues from different disciplines before he leaves. When tells them that he has been alive for 14,000 years and, for some reason, does not age, they take it with some scepticism, but cannot avoid an academic discussion of the possibility. Beautifully written and excellently enacted, it is a movie worth watching three or four times at once. That it is made of a conversation does not mean it is not fast-paced, stimulating and coherent.

E = mc2: Einstein and the World’s Most Famous Equation (first aired on Channel Four in 2005, aired on PBS as Einstein’s Big Idea) 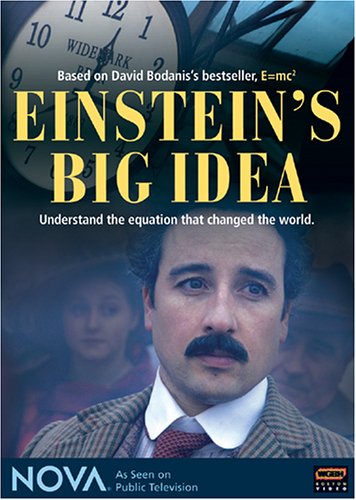 A docudrama based on the book by David Bodanis. It covers only a small portion of the material from the book, but is engaging and well-told, with some unforgettable scenes: the young Maxwell visiting Faraday to share the excitement of having used his mathematical talent to prove the older scientist’s guess about the nature of light, Antoine and Madame Lavoisier painstakingly measuring masses in their laboratory at home, Emilie du Chatelet calmly dropping lead balls into clay in the midst of a crowd of dismissive men, Einstein and Mileva Maric bunking class to play the violin and read Maxwell, and Lise Meitner’s moment of insight when she ties together Hahn’s results with Einstein’s theory, sitting on a log with Robert Frisch in the snowy woods in Sweden. 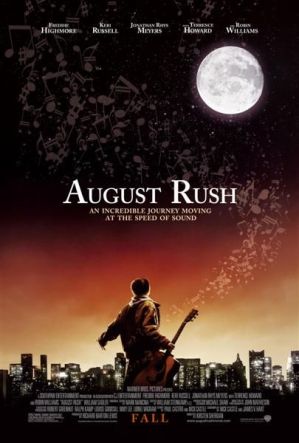 A fairytale-like story about a child searching for his parents with an undying belief in, and love for, music. Evan Taylor hears music everywhere, and makes beautiful sounds with any instrument he can lay his hands on. He meets and learns from all kinds of people as life takes him from the streets of New York to a church, to the Juilliard School of Music and back to the streets, calmly holding on to his conviction – “the music is all around us; all we have to do is listen”.

Over the Hedge (2006, Dreamworks animation, directed by Tim Johnson and Karey Kirkpatrick) 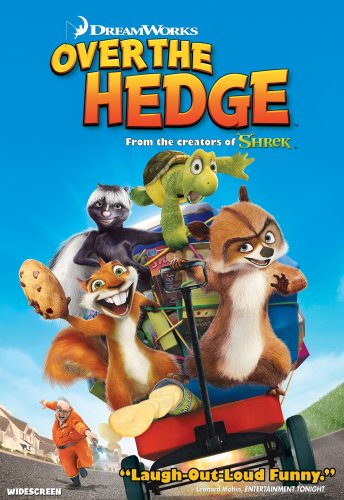 I mention Over the Hedge because I’ve met animation enthusiasts who haven’t heard of it, and there’s no point in writing about all the well-known classics. It is a look at the American suburbs from the point of view of a bunch of woodland animals who come out of hibernation to find themselves in a small patch of forest surrounded, for miles, by rows of identical houses with scary machines, inhabited by humans who live to eat – “And what do they do with the stuff they don’t eat? They put it in gleaming silver cans…just for us.” Led by a raccoon who is a professional at relieving fridges, cupboards and vending machines of some of their delicious contents, they learn to forage in the new environment. Along the way, the movie pokes fun at the humans’ way of life and their attitude toward anything that doesn’t fit into the artificial environment they’ve made for themselves. Themes of friendship, trust and responsibility are interwoven with a hilarious and entertaining sequence of expertly animated events. For those who missed the Research Scholars’ Day screening at OAT last semester – this two-part series based on Jorge Cham’s comic strip saw people in the audience collapsing in stitches repeatedly. Every joke (the movies are packed full of jokes from the comics, about what life in academia is like) is effective, relatable, and outrageously funny. Undergrads, grad students and faculty will all enjoy it – though the comic does warn that grad students find these jokes progressively less funny with time.