This letter was originally published here.

I realize that your engineers and technicians must be working around the clock, as we approach the historic day of the Mars Orbiter Mission (Mangalyaan) entering the Mars orbit. I wish your team the very best, and fervently hope for the success of this mission.

I am writing this to express my gratitude for doing what you do, and for instilling a sense of heroism among millions of young people across the country. As an eighteen year old, when I was an electrical engineering undergraduate at IIT Madras, I was lucky enough to witness the first ever launch of the GSLV rocket from Sriharikota on 18 April 2001. No, I will not tell you how I managed to get into Sriharikota on that day! The sight of the rocket belching yellow flames and soaring gloriously into the gray sky is permanently etched in my mind. As the shattering rumble of the liquid strap-on boosters eventually reached to shake the earth and the trees around me, the rocket was a yellow speck, already miles high in the sky. Thirteen years hence, I want to thank you for providing that moment of inspiration for that eighteen year old.

Last year, when you launched Mangalyaan, millions of kids across the country would have watched, at least on television, the sight of your reliable workhorse, the PSLV, soaring majestically towards Mars. I can imagine the rush of blood that kids like these would have felt, as they looked up at the rocket. If one in ten of these kids grows up with a passion for science and technology, the cost of the Mars mission would be more than justified.

ISRO, your ability to launch complex missions on shoestring budgets is indeed remarkable. I read that the Mangalyaan mission, at USD 73 million, is cheaper than the unit cost of the cheapest Boeing civilian aircraft!

ISRO, have you noticed that some highly reputed sections of the international media have expressed thinly-veiled outrage over launching the Mars mission, amidst the “overwhelming poverty in India”? Did you wonder why these high-profile media houses seem all of a sudden so sympathetic and concerned about poor people in India, after you sent the PSLV soaring? If you haven’t seen these pieces, please read this,this, and this for starters.

“How can poor countries afford space programmes?” thunders The Economist in this article. ISRO, it is mainly because of our indigenous capabilities in remote sensing that we managed to save tens of thousands of lives in Orissa, during cyclone Phailin. Indeed, I recall that our predictions were spot on, and more accurate than the wind speed readings predicted by leading western countries. In 1999, in the same state of Orissa, we lost some 15,000 of our people due to a cyclone, because we did not have good capabilities in remote sensing, and we had to depend on data from foreign satellites. The entire nation was thankful to ISRO and other agencies for preventing such a tragedy during Phailin. But they ask how a poor country like India can afford to build indigenous capacity, and launch its own remote sensing satellites.

As a further provocation, The Economist cannot resist mentioning “space development” and poor sanitation in the same sentence: “What if the 16,000 scientists and engineers now working on space development were deployed instead to fix rotten sanitation?”

Why didn’t you think of something as simple as that, ISRO? Your best scientific minds and most hard-nosed engineers deployed in building toilets! They must be able to build such sublime toilets, that the whole world will marvel at the outcome! Instead, you’re wasting your time proving our frugal technological mettle, and inspiring our children.

The Economist seems fine with our space program, but only as long as it brings direct benefits to the people. Britain, on the other hand, cannot countenance our Mars mission, and wants to cut down on its massive $300 million aid. This aid, which we have apparently declined in 2012, is smaller than India’s aid to some south Asian countries. The Economist blackmails thus: “Why should donors bother to help tackle poverty where governments have enough spare resources to think about space.” Take that ISRO. They will not help us tackle poverty, because you had the audacity to think about space!

While the cost of Mangalyaan is lesser than that of a single Boeing 737, why don’t we hear the same sanctimonious sermons when we place orders for hundreds of aircraft for our civil aviation sector? After all, how can we poor Indians afford to fly planes? Let us take this argument further. India has the dubious distinction of being the largest arms importer in the world. The great powers of the day have no problem pocketing hundreds of billions of dollars of “poor India’s” money, and continue to lobby (sometimes even illegally) for huge defense deals. But how dare we launch a space probe using a bit of our own money and our own technology, they ask.

What explains this angst among these elite media houses? Could it be that these learned people cannot stomach the fact that the Mars mission was executed largely indigenously, and that we did it without genuflecting to other countries?

ISRO, your achievements present a ray of hope that we have the ability to build our own sophisticated technology, and one day perhaps be self-sufficient in defense. Could it be that the western powers and arms manufacturers are wary of our slowly increasing capabilities, and worry at the prospect of reduced arms sales to India?

Or, as this article argues, could it simply be plain old racism, masquerading as analysis and opinion pieces?

Or could it be that these reputed media houses feel genuinely for our poor countrymen, and are simply voicing their heartfelt sympathy and concern — concern we don’t have for our own countrymen?

You know ISRO, I went to a school which mainly had students from middle-class and upper-middle class backgrounds. But there was the odd kid in the class who came from a not-well-to-do family, who had to think twice about buying an expensive textbook or a calculator. The more affluent kids would show off their fancy graphing calculators, and mock him for still using logarithmic tables. However, I feel that the striving and aspirations of the poorer kid was in everyway heroic, and his achievements perhaps even greater than that of the others, because of the initial conditions of his circumstances.

In the elite club of space faring nations, ISRO, you remind me a lot of the poorer school kid. The richer nations do have a lot of resources and capabilities at their disposal, and to be sure, some remarkable achievements as well. Sometimes they may be helpful to you, sometimes just polite, and sometimes plain condescending to you regarding your achievements. Regardless of what the great space powers think about you, please remember that you will be cheered by millions of people in India every time you launch a mission.

As we wait with bated breath for the main motor on Mangalyaan to come back to life on September 24, I hope fervently that the mission is successful. If the mission fails, some of the above media houses will have a field day, and remind you that India had no business to attempt this in the first place. If it succeeds, they may point out how NASA’s MAVEN reached Mars ahead of Mangalyaan, in spite of leaving earth much later (NASA, incidentally knows there’s a genuine reason for this!), or ask why we are space-racing with China.

In any case ISRO, I know that your spirit will not be dented even if the mission were to fail. After all, true greatness lies in learning from one’s own errors. I know that ISRO will get it right the next time. Or the time after that!

Just remember that every time you send a rocket soaring, there will be thousands of kids (and millions on television) who will crane their necks to watch it go, their own spirit and inspiration soaring to the sky. 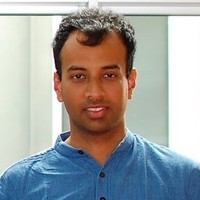